Stupefied … this is how the whole sector has been when we heard this news … Will cannabis clubs close their doors?

The Justice has overturned the regulations that regulate more than 200 premises of this type in the city of Barcelona, ​​approved by the City Council in 2016.  With this confirmed decision of the Supreme Court, the last legal umbrella that these clubs had left has disappeared.

The judges annulled the Barcelona plan to regulate cannabis clubs because it invaded state competitions, thus giving the reason to the appeal presented by the State Lawyers, still under the PP Government.

In application of the rulings of the Constitutional Court that annulled the regional regulations approved in Navarra and Catalonia, the magistrates of the TSJC concluded that the Barcelona regulations intended to “force” a regulation that affected the consumption and dispensing of a narcotic substance, something that could only be make the Congress of Deputies through a modification of the Penal Code.

The cannabis social club model, consolidated in Barcelona over the last decade, seems to have its days numbered, and what do you think? What do we need to change? Do you support the causes to get the change in current regulations? Do you do any kind of activism?

Eric Asensio, spokesman for the Federation of Cannabis Associations of Catalonia (CatFAC), explains that the entities will not throw in the towel but at the same time he recognizes that, with the judicial decisions and without a state rule that regulates them, the cannabis clubs as they exist today, their survival will be very difficult.

And he adds …. “How and how the City Council proposes it to us, there is no open way of work”.

After the judicial setback, the City Council has announced that it will launch an “internal working group” to make legislative proposals on cannabis at the regional and state level. “The regulation of this activity is a need that goes beyond the city,” they say in the consistory, before also recalling the “therapeutic properties” of the substance against some diseases.

Half of the women who participated in the report claimed to purchase cannabis in these places to treat menstrual pain.

The Barcelona City Council, WHICH DEFENDS THE REGULATION of these premises, will first communicate in writing to the associations that the new regulations prevent the “sale, consumption and promotion” of cannabis. Likewise, an inspection campaign will begin “soon” in all these premises.

“It will begin with those that generate the greatest negative impact, focused on tourism and mass sales,” they point out from the Consistory. Then the others will be inspected, comments …

The representatives of these clubs recall that the model they defend no longer contemplates the sale or promotion of cannabis, but is based on a closed circuit of consumers who set up a private association to share marijuana from the same cultivation. The City Council does not understand it that way and explains that currently it is possible to consume, sell and promote cannabis in these venues.

The reality is that under the concept of a smokers club, all kinds of establishments have proliferated in the Catalan capital, from some that have adhered to a “code of good practices” in the sector to those that have opened up to do business selling marijuana . The question is whether some will be able to survive after the latest court decision.

The Supreme Court refused to study the appeal of the consistory to the sentence of the Superior Court of Justice of Catalonia (TSJC) that overthrew, in 2019, the special municipal plan for the management of cannabis clubs. The cancellation of the regulations that gave legal protection to more than 200 clubs (some counts raise it to 350 locals) was thus confirmed, turning the Catalan capital into the city with the most cannabis associations in the State.

The Supreme ruled out studying the appeal presented by the City Council, considering that the Constitutional Court had already settled the issue, he assured that his plan did not collide with state powers by not establishing any regulation on the consumption or distribution of cannabis. The council insisted that its regulation – approved in 2016 by a large majority, only the PP and CiU voted against – was urban planning. The regulations regulated functional aspects such as the obligation of the premises to have a double door or the prohibition of opening near schools

A model settled in the city

During the last decade, cannabis clubs have established themselves as the main means of access to the substance for the citizens of Barcelona. These associations, their implementation, has contributed to reducing the black market, has also reduced street consumption and has achieved that cannabis users are better informed and can consume higher quality products with greater safety.

According to  a study published in the  Journal of Drug Issues in December 2019, 82% of users of these precincts claimed to be better informed and purposes for possession on public roads were reduced by 20%.

The representatives of the clubs demand that the City Council be included in these working groups in order to contribute to finding a solution. The municipal response, for the moment, is that they will “keep in touch” and “collaborate” with them, although they will not be part of these groups.

Regardless of the administrative regulations, at the criminal level the judges have issued disparate sentences on the clubs: acquittals have been issued when it was found that the association was registered in the registry and limited the consumption of cannabis inside the premises and only for the members , but also convictions when it has been considered that the club generated great economic benefits.

This was the case of Albert Tió, convicted of a crime against public health and two for belonging to an illicit association,  who ended up having to go to prison for having directed a cannabis club that in a short time became one of the most important from Barcelona.

FROM MY POSITION I ASK FOR MAXIMUM SUPPORT TO SIGN THIS PETITION!

TOGETHER WE ARE STRONGER!

Thanks for your cooperation! Stay tuned for current news!

For any questions, do not hesitate to contact us through the email info@kingskarrapharm.com  or call us at 694 446 324

4. THE CONGRESS OF DEPUTIES APPROVES …

Remember to place your order in time to avoid problems!

We work until Saturday the 31st but you should place your orders on Wednesday the 28th or Thursday the 29th before 1pm. so that they arrive at your home on Friday.

Express orders will be accepted until Saturday 31st, remember to place orders before 4:00 pm to be able to receive them the same day,

both in Barcelona city and surroundings.

For any questions, do not hesitate to contact us via email info@kingskarrapharm.com or call us at 694 446 324

4. THE CONGRESS OF DEPUTIES APPROVES … (BLOG)

We regret to announce that one more year Spannabis is CANCELED by covid 19 … what sad news for the CANNABIS industry and consumers ..

Last year we could not enjoy this magnificent fair … which was postponed … well … this 2021 we are having a deja vu … since exactly the same thing is happening! I don’t know about you but we were looking forward to going back!

And what do you think? We will have got rid of the covid in 2022? Will there be more strains? Can we celebrate the fair? Leave us a comment with your opinion!

A lot of strength to all the companies and people in the sector! See you in 2022!

For any questions, do not hesitate to contact us through the email info@kingskarrapharm.com  or call us at 694 446 324

4. THE CONGRESS OF DEPUTIES APPROVES … 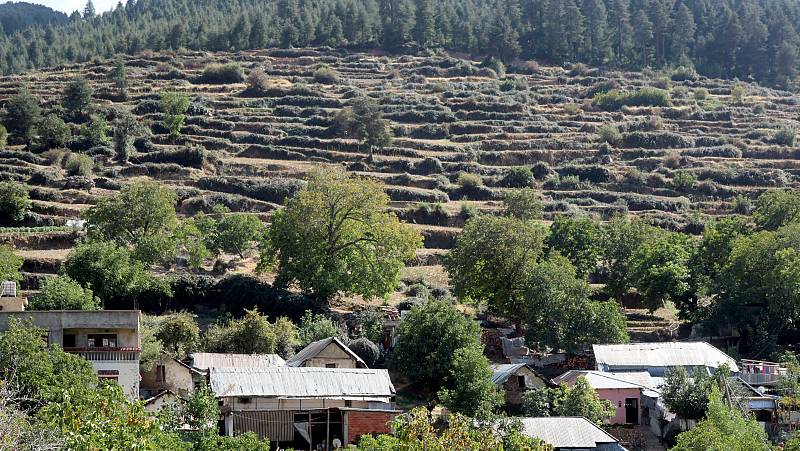 🇬🇧  ❤️❤️❤️❤️❤️  Today I will explain the case of a very special and hairy client … MACA!

We have been giving him the 3% RELAXING MELODY oil for 2 months for his epilepsy.

The truth is that Caty, his owner, can’t take better care of him .. he lives like a king!

It is an immense pleasure to be able to help you!

🇬🇧 Maca after taking your CBD and a mild crisis